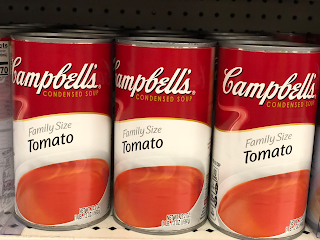 Andy Warhol was right when, in 1968,  he said "In the future, everyone will be world-famous for 15 minutes."

Now that the future is here, what everyone seems to desire is 15 minutes (or more) of privacy.  At least that's what occurred to me when I asked myself what problem Bitcoin, and more specifically, blockchain is trying to solve.

Digital currency offers the ability to hide transactions, and is often associated with those who purchase illegal goods or launder money.  But digital currency is also used for legal transactions and appeals to those with memories of the 2008 recession; they want to have as little to do as possible with the banks that contributed to it, and that often means using some combination of credit unions, cash, and Bitcoin.

Unlike Fiat money, Bitcoin is not backed by any government. It operates independently of any central bank and lives on the net.  This is made possible by a mathematical token referred to as the blockchain.  It follows the Bitcoin around, noting where it has been, and when.  It maintains information from the very first transaction, and thus, the entire life of the Bitcoin is known and shared among participating computers.

The blockchain for each Bitcoin must be unique, and calculating it is time consuming and computer intensive.  But therein lies the reward for participating computers.  The first computer to calculate the next value of the blockchain becomes the blockchain of record.  This computer then earns a transaction fee along with one Bitcoin, of which its value can be considerable.

In its mathematical universe, there are exactly 21 million Bitcoins.  The last one is scheduled to be calculated (mined) in the year 2140.  What happens after that is uncertain.  The protocol could be extended to allow for more Bitcoins in the system.  Or, existing Bitcoins could be subdivided, much in the way the stock market subdivides stock prices into sub-pennies.  If nothing is done, then the only incentive for computers to calculate and maintain the blockchain ledger would be the transaction fee, and I doubt that alone would be sufficient financial motivation. Still, because this problem is more than a century away, the general consensus is to wait and see.

The more immediate problem (appeal?) is Bitcoin's volatile nature.  Fiat money is most valuable when tied to a stable government, and it can do things crypto currency can't, and could never do.  It has levers, such as exchange rates, to help manage the economy.  Assets can be frozen or seized.  Bank accounts can be insured.  Transactions can be reversed.

The Wall Street Journal recently asked its own question about digital currency: Is Bitcoin the Future, or an Echo of a Failed Past?  The piece argued that today's digital currency resembles early 19th century private money or scrip, issued by banks, oil companies, and railroads. As those companies came and went, so did the currencies they backed.  But the writer neglected to distinguish that Bitcoin is not private money; rather, it is open money belonging to no oil company, no railroad, no bank, and no government.  Whether that distinction translates to success or failure remains to be seen.

Access to the WSJ article requires a login or subscription, so I'll quote the last, and perhaps, most important sentence:

"The potential is very big," Mr. Leijssenaar says of bitcoin, "but it has to be stable for this to really work."