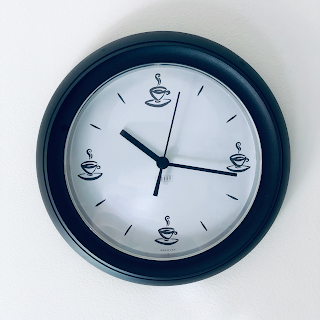 One Sunday morning, I noticed a US Postal truck driving like a DHL delivery van -- in a word, frantically.  Normally, my mail carrier is methodical, efficient, and friendly.  Apparently, he was delivering for Amazon.

I've read accounts where the drivers welcomed the extra work and the subsequent pay, but I've also read accounts where additional tools -- straps and dollies -- weren't provided to help with larger and heavier packages, making those drivers uninterested in the overtime.

On another Sunday morning, my bank branch was open, mainly because the bank across the street adopted Sunday hours.  Inside, the mood was somber and the air was stale.  The ventilation system was dialed back to account for fewer people.  Normally, the tellers were friendly and engaging, offering lollipops to customers with children.  Looking into the tellers' eyes, I could see they just hoped to make it through the day.

I never went back on a Sunday.  Fortunately, the extended hours at the bank was a short-lived and failed experiment.  As for the mail carrier (and my conscience), I was able to turn off Amazon Sunday deliveries.

For a stretch¹, I too, have found myself working long unrewarding hours.  For one stock exchange, testing software over the weekend involved working Friday night into midnight to setup.  Actual testing started Saturday morning at 7am and work would continue till 5pm as we had to make sure the systems were properly restored for Monday production.  Like the bank tellers, we all just hoped to make it through the day.

In one case, I thought I had... until the manager called Saturday evening.  With a measure of desperation and a hint of insanity in his voice, he asked me to work Sunday.  He was, in a word, frantic.  He needed "cutover and fallback scripts" as he planned to deploy the software ASAP.  I took a deep breath and said "No."

There was some back and forth, but in the end, I managed to stick to my guns.

On Monday morning, the manager came by my desk and said the scripts weren't needed after-all.  There was no further explanation.  In this case, "No" was the correct answer.