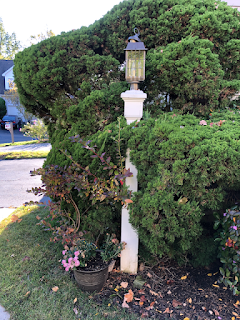 When I wrote Programming Languages I've Loved and Hated, it came from the heart.  In contrast, the Tiobe Index ranks the languages from the head, and is based on hits from a search query.  As of August 2019, Java reigns at #1, followed by C, and then Python.  The rankings did not surprise me, and at least 2 of my favorite languages made it into the top 3.  C++ came in 4th.

Swift (iOS) and Kotlin (Android), being specialty languages for the mobile space, were further down the list.  Swift came in at #18, but Kotlin disappointed, coming in at #45. Nevertheless, as iOS and Android users grow,  the popularity of Swift and Kotlin will likely follow.

The name Swift is easy to fathom.  The language speeds up iOS development (compared to using Objective C), and it also runs respectably fast.  The Kotlin designation is rather opaque, but being a derivative of Java, Kotlin was named after an island near St. Petersburg under the mistaken assumption that Java was also named after an island, albeit in Indonesia.  Java was actually named after the coffee, not the island.

In my own fevered imagination, and perhaps from spending a little too much time programming for the financial community, note that coffee is a commodity.  Cotton and linen are also commodities.  I'd like to think Java is to coffee as Kotlin is to cotton and linen, which makes for a better origin story.

When I reviewed Frederick Brooks The Mythical Man-Month, I lamented how the advice I treasured was either forgotten or ignored.  I was heartened to hear the book referenced in a recent podcast named Choiceology (jump to time index 28:47).  The podcast generally discusses how we make choices and what we can do to improve the outcomes.  This particular episode explored the management of building the international space station and that of renovating a home.  In both cases, there were cost overruns and the projects were late.   Brooks’ Team Scaling Fallacy came to the fore, where “adding people to a late project makes it later.”

It’s a good bet all software developers have experienced this, where management adds more people to a project expecting it will help meet the deadline, only to have the opposite happen.  And despite experiential data, this decision is sadly repeated, again and again.  The faulty starting assumption is that software development is like an assembly line where adding more people and equipment actually produces more product.  But software development requires some trial and error, customer feedback, and a debugging phase that’s more akin to the sleuthing of Sherlock Holmes, rather than, say, running a spell checker to catch typos.

Anthony Levandowski is back in the news and indicted for stealing trade secrets from his former employer, Google.  I first wrote about him in The Best Selling Tech Book On Amazon Is ... to illustrate how tech hiring is broken.  Too often, competition and desperation drives companies to narrowly look for specific skills, and to broadly over-look character flaws.  This fuels the tech bro culture, a trend that disappoints and saddens me.