Not A Martian, Elon Is All Too Earthling 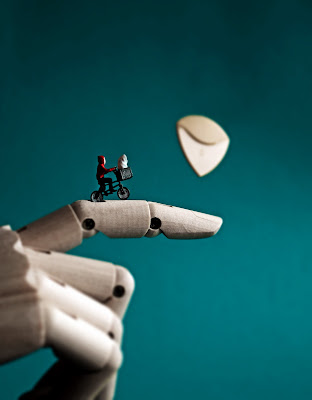 A fun narrative has Elon Musk really being from Mars and badly wants to go home. In my imagination, I add that Elon, having watched the movie E.T., realizes that if he directly sought the help of space capable governments, he would likely be captured, imprisoned, and eventually dissected.
Clever Martian that he might be, Elon would parallel the real life story of One Red Paperclip, where one man started with a single red paperclip and through 14 trades, ended up with a two story farmhouse. And so goes Elon, first with Paypal and selling it to eBay for more than a hundred million dollars, then using that fortune to start SpaceX (2002) and Tesla (2003), and later Starlink (2015), all in the hopes of amassing enough money and technology to get him home.
Also in my fevered imagination, Elon is BFF with Bernie Sanders and AOC, because addressing the looming menace that is climate change is really that important. That they approach the climate threat from opposite ends -- private business (Tesla) versus government policy (Green New Deal) -- doesn't mean they have to be adversarial.

In reality, both sides misunderstand each other. Elon misunderstands that government is deliberately slow, cautious, and includes many stakeholders, and that any mistakes and failures must be made by “We the People” and not by billionaire would-be saviors. Case in point is Bill Gates and his “Teacher Effectiveness” (charter school) experiment circa 2009. After subjecting teachers, students, and parents (including me) to considerable angst, and changing the direction and attitudes of the country toward teachers for the worse, Bill Gates commissioned RAND and The American Institutes For Research to evaluate his experiment. The result can be best summarized by the headline in Education Week: ‘An Expensive Experiment’: Gates Teacher-Effectiveness Program Shows No Gains for Students.

The flaw in the experiment was that it focused on the teachers’ performance alone, and ignored advice from experienced educators who holistically included early childhood education (Pre-K), family support, child nutrition, and smaller class sizes. Bill Gates’ data driven mind readily accepted the findings. But for “We the People,” there is little solace in hearing “Oops, my bad. Nevermind,” from a billionaire who indulged his whim, even if he meant well.

Elon hasn’t gone that far (yet), but because the extremely wealthy have outsized influence that dwarfs their own expertise, Bernie Sanders describes billionaires as dangerous to society. I agree, and yet …

While it’s debatable someone can amass billions without subterfuge, I write in broad strokes that Elon made his billions fairly and squarely. Yes, Tesla took government subsidies, but those subsidies were also available to other automakers. Tesla also accepted government loans, but paid them back early. And to Tesla’s credit, the company never took bailout money from 2008. ProPublica maintains a status of bailout recipients, and while the names of the automakers and banks won’t surprise anyone, the dollar amounts are so staggering, my imagination fails me. Yet, those companies aren’t criticized nearly as much as Tesla is.

It’s clear that Elon, and other billionaires, need to tread lightly. Unfortunately, with the drama surrounding the Twitter purchase, Elon was the Falcon Heavy, revealing himself as all too human. When asked why he didn’t build a new platform instead of buying one, he answered that while it would have been less expensive to build, acquiring Twitter would accelerate his goals. A new platform would also start primarily with his fans, and Elon needed the broader audience Twitter commanded. Yet, having fired or lost 80% of the Twitter team, it appears he’s building his own platform after all… or at least working on a reboot.

Twitter was very bloated. The board didn’t tweet much, and therefore had a limited understanding of the product. They were also under-invested by Elon’s measures, and thus had no skin in the game. Employee meals at the office reportedly cost $400 a person because much of the staff telecommuted.

What remains of Twitter is “hardcore,” but what does that mean? I’ve had the good fortune to work on “hardcore” projects as a software developer, where I and my co-workers were so excited and engaged, we whispered so management wouldn’t hear us say “… and we’re getting paid for this too!”

I would problem solve in my head on my commute home. Thoughts would rain down on me as I took my shower. And I would wake up eager to try a new idea. I believe this is the kind of worker Elon is seeking, but I doubt I would make the cut. My imaginary interview would end with Elon saying, “Wait. You go home?”

I’ve also had the misfortune of working on death marches. Those are the projects destined for failure, with grueling hours where I was tasked to code this and test that with little say in direction, deadlines, or problem solving. As soon as my head hit the pillow, it was time to wake up, and I found myself muttering “I don’t get paid enough for this.”

Which one is Twitter? Only the insiders can say.

I hope Elon succeeds, but through mistakes and hubris, he has allowed himself to be captured, imprisoned, and dissected by ill-informed media and a sphere of untrustworthy influencers. I imagine that if he builds his alternative phone, escape could just be a matter of “Elon phone home.” But the real way out is to look inward. Home is where the heart is, and when Elon finds one, he will find the other.