- September 26, 2015
This is a shout out to Ohio LinuxFest 2015.  On October 2-3, they will have their thirteenth annual gathering to talk all things Linux.  It takes place in Columbus Ohio at the downtown convention center.

Last year, 2014, I had the nerve to attend as a speaker and gave a talk: “Stupid Shell Tricks” 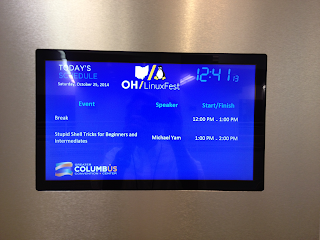 I had the after lunch sleepy crowd, and the organizers gave me the “big” room to fill.  At first, not many showed up and that made me nervous. 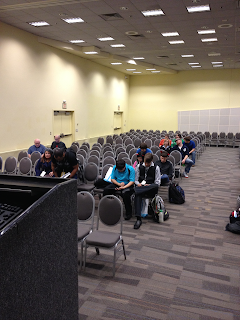 But as the start time neared, more people showed up, and well… that made me nervous too  (sorry for the blurry photo, but my hands were shaking). 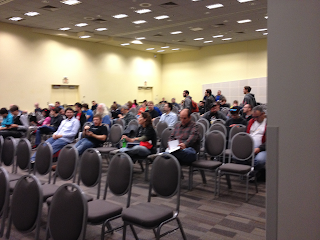 My presentation and demos were driven off a raspberry pi with a Lego enclosure: 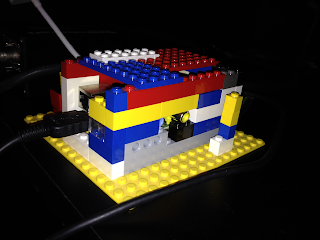 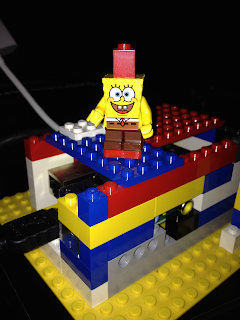 Anonymous said…
Ohio Linux Fest is a software conference held every called expo also is a great opportunity for fresher. I also attend this conference when I uk assignment writing service and complete my degree great scholars came and address there many engineers display their projects.
4:11 AM